Peacefully nestled along picturesque hilltops, Kigali is a thriving African city immediately notable for its cleanliness, orderliness, and hospitality.

Kigali is a great place to begin or end any Rwanda journey as it’s conveniently located in the geographic center of the country. The city is clean and safe, with extremely welcoming people. Travelers will enjoy exploring the great cultural activities – including several award-winning museums, burgeoning music scene, and some of East Africa’s most memorable dining experiences.

Campaign Against Genocide Museum is a museum located in the Parliamentary building, in Kigali just 800 meters behind conventional center road point, and just 4.9km, 9 minutes’ drive from Kanombe Airport. CAG Museum depicts in details how the Campaign Against Genocide Plan was executed by RPF/A following the withdrawal of UN troops leaving the targeted Tutsi under the mercy of the Genocidaires and how only the RPF/A forces who were in the war of liberation took the unilateral decision to stop Genocide, Rescue victims of Genocide and defeat the Genocidal forces. This CAG Museum also has its outer part comprised of monuments including that of the 12.7mm Machine Gun that helped in containing the advancing genocidal forces.

Dr. Richard Kandt was the German explorer who embarked on an exploration of Rwanda in 1897 searching for the source of the Nile. He founded Kigali in 1908 as the centre for administration for German East Africa. In 2008 his historic residence was converted into the Natural History Museum which houses some really interesting information on Rwanda’s flora, fauna, geology and biological history, along with a stuffed skeleton of a massive crocodile that terrorized a village in Lake Muhaze; a pair of shoes was found in its stomach.
KIGALI GENOCIDE MEMORIAL

The people of Rwanda embrace peace and reconciliation. They are committed to fight the ideology of genocide. The memorials found throughout the country are moving testimonies in memory of the 1994 Genocide against the Tutsi and the people who lost their lives. Inaugurated on the 10th anniversary of the Rwandan genocide, the Kigali Genocide Memorial at Gisozi is where 259,000 victims have been buried. This memorial also serves to educate about how the 1994 Genocide against the Tutsi took shape and examines genocide in the 20th century.
CAMP KIGALI BELGIUM MONUMENT

A small museum in Kigali City lies at the site of the massacre of 10 Belgian UN Blue Beret. At the onset of Genocide under the command of General Dallaire, they were deployed to guard the house of Prime Minister Agatha Uwilingimana. When the genocide began, Presidential Guard soldiers invaded the home, disarmed the Belgians and transported them to Camp Kigali where they killed them. The ten stone pillars memorialize the ten soldiers killed. 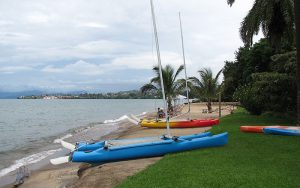 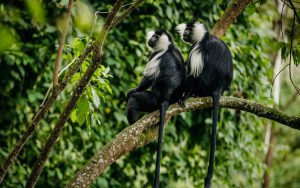 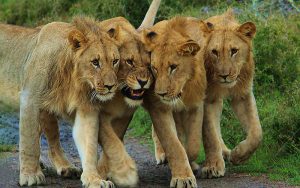